When you book with an account, you will be able to track your payment status, track the confirmation and you can also rate the tour after you finished the tour.
Sign Up

Or Continue As Guest

When you book with an account, you will be able to track your payment status, track the confirmation and you can also rate the tour after you finished the tour.
Sign Up
1265

Do not hesitage to give us a call. We are an expert team and we are happy to talk to you.

Isfahan is one of the world’s most beautiful cities, an unforgettable international tourism destination popular all of over the world, an encyclopedia of Iranian and Islamic civilization, locally famous as half of the world. Isfahan presents the real Persian character, the most glorious in historical and architectural wealth. Monuments in Isfahan are great examples of our art and architecture.

Yazd (Yezd) in central Iran selected as a world heritage status in the 41th session UNESCO World Heritage Committee meeting in Krakow, Poland. Yazd is a city in central Iran and the capital of the Yazd province. It is an ancient city dating back to the Sassanian Period (224-651 AD).

Shiraz ancient city of Love and Literature and the origin of first samples of Persian gardens is the unique example of hospitality. City of poets, Shiraz is home to the graves of Hafez and Sa’di, both major pilgrimage sites for Iranians. It’s also home to splendid gardens, exquisite mosques …

Highlights of this route

UNESCO World Heritage sites that will be visited during this Iran trip listed below:

Tour guide will meet you at IKA international airport for a “Welcome to Iran” meeting. Then transfer to hotel and rest for some hours, then tour guide will meet you in lobby for Tehran city tour that is include visiting of Golestan Palace (UNESCO World Heritage Site) which is a masterpiece of the Qajar era, embodying the successful integration of Persian crafts and architecture, after Golestan palace continue city tour by visiting National Museum of Iran and Islamic Museum Next door to the National Museum, and part of the same complex, this museum offers a stunning collection of arts and antiquities from throughout the Islamic, … Then Milad tower will be visited.

In the morning tour guide waiting for group for Tehran city tour include visiting of Sa’dabad Complex (2 palaces will be visited), The Saadabad Palace is a palace built by the Pahlavi dynasty of Iran in the Shemiran area of Tehran. The complex was first inhabited by Qajar monarchs and royal family in the 19th century. After an expansion of the compounds, Reza Shah lived there in the 1920s. Then Tabiat Bridge in Tehran will be visited that is a tourist attraction of Iran and it is the largest pedestrian bridge built so far in Iran. Next interesting place will be Carpet Museum of Iran, the best place to learn about Persian Carpet and its fascinating history is Carpet Museum of Iran. In this interesting museum, you will see loads of different types of Persian Carpets. Look at the pattern, each one is telling you its very own unique story in shape of knots, treads, and colors… the last place including city tour is Azadi Square which is one of the symbols of the great Tehran city. Laconic, simple forms of snow-white marble structure rise on the hill in the west part of the city.

Early in the morning group and tour guide will move toward Kashan and in Kashan Fin garden (Fin Garden or Bagh-e-Fin is a great Persian garden and as one of the nine Persian gardens registered on UNESCO world heritage list) will be visited, then Sultan Amir Ahmad Bathhouse and one of old houses(Tabatabai House or Borujerdi House) will be visited, after that in the way Abyaneh village will be visit(Red Village), a small village with people in traditional cloths, narrow allay and pure nature. This village is one of best Iranian village you can find yourself so close to Iranian people and culture, all walls are red because of soil color,… . After Abyaneh village tour drive toward Isfahan/Esfahan. Hotel check-in and rest.
Over night: Isfahan/Esfahan

In the morning tour guide will meet you in lobby for Isfahan / Esfahan city tour that is including visit of Sio Se Pol bridge( which is the longest historical bridge in Isfahan) and Khajo bridge, then continue to visit Masjed-e Jāmé of Isfahan/Atiq Jameh Mosque of Isfahan, unique place that tourists Never miss visiting it, the UNESCO World Heritage Site. This ancient mosque has been estimated to exist even before Islamic era. After that group will continue Isfahan city tour with Bazar and Last place for first day in Isfahan will be Chahar Bagh Street (Chahar Bagh e Abbasi Street). Chahar bagh or Charbagh is a example of persian garden’s structure and design. Isfahan’s Chahar bagh street constructed in Shah Abbas era.
Return hotel and rest.

At 08:45 am tour guide waiting for you in lobby to start city tour that is amazing and include visiting Meidan Emam(Emam Square / Naqsh-e Jahan Square). Meidan Emam, Esfahan (Emam Square / Naqsh-e Jahan Square) include visit of 4 masterpiece: Emam mosque, Sheikh Lotfollah mosque, Chehel Sotoun palace, Ali Qapu palace and at the end of this complex visiting Qeysarriyeh Bazaar( Grand Bazaar ) included.
After lunch time in one of traditional restaurant city tour will be continue with visit of: Vank church, Monar/Menar Jonban(Shaking tower), Fire temple(from down side of mountain), free time and rest.
Over night: Isfahan/Esfahan.

After breakfast tour guide is waiting for you for ground transfer to Yazd historical city. Arrive Yazd city and Dolat Abad Garden (One of the 9 Iranian gardens registered in UNESCO World Heritage Sites list is Dolat Abad Garden. After that Zoroastrian Fire Temple/Atashkadeh Yazd (Zoroastrian temple holds a fire that has burned for more than 1,500 years. The ancient flame has been kept alive throughout various centuries… . After lunch, group will move toward Kavir / Desert that is unique and camel riding, cycling is available. Free time in Kavir/Desert and after sunset group will return to hotel and rest.
Over night: Yazd

Early in the morning Zoroastrien’s Dakhmeh/Towers of Silence will be visited (Zoroastrien’s Dakhmeh is also named as Tower of Silence. This mysterious name and the history behind makes every tourists to visit it in their trip to Yazd…) and then ground transfer to Shiraz city. In the way Pasargadae & Persepolis (2 UNESCO World Heritage) will be visited and then continue to Shiraz city.
Hotel check-in and rest
Over night: Shiraz

City tour include visiting of: Nasir-ol-molk Mosque( the Pink Mosque), Narenjestan Garden or Qavam House, Eram garden (Bagh-E Eram), that is one of the nine Persian Gardens inscribed on UNESCO’s world heritage sites, Quran Gate (Darvazeh-e Quran).
After lunch Vakil complex will be visited which includes the Vakil Bazaar, the Vakil Mosque and the Vakil Hamam (Bathhouse)…
Free time..
Over night: Shiraz

Free time and transfer to airport and say good bye… 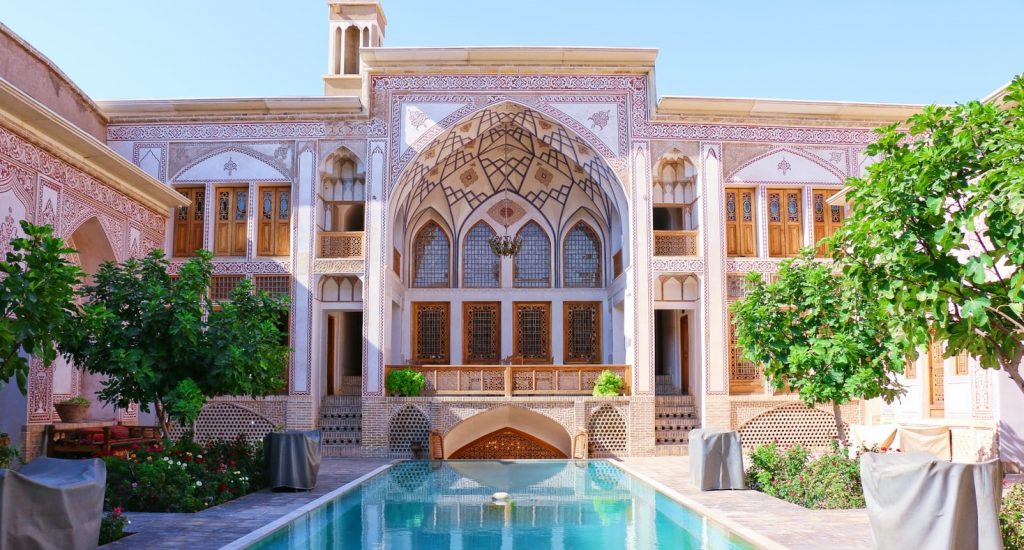 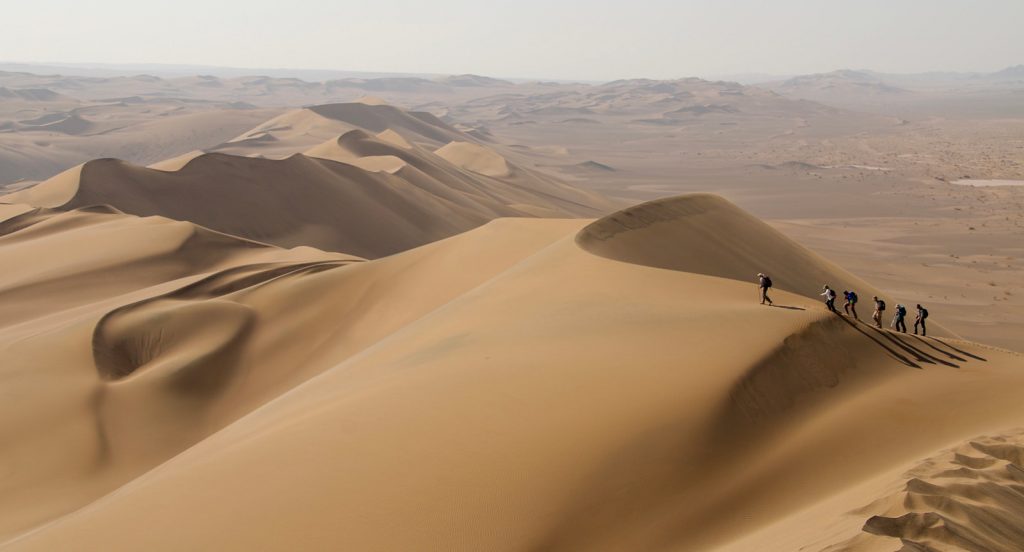 From€3,000
0
10 travellers are considering this tour right now!
Can I help you?
Scan the code